Edwin Kowalski down the hall passed three nights ago. There was no fanfare, no surprise. He was The Lady of Autumn’s oldest resident, almost 97. He kept to himself most days. He predeceased his wife by sixty-one years and never remarried. I admired him for that. It takes a lot of discipline to be alone. Edwin rarely had visitors, but there was a great-niece who dropped by two or three times a year. She was habitually bored, but he never noticed. He was as attentive to her as he was to anyone else. She had big, Southern hair and her face looked like an old-fashioned doll. Pretty, I suppose, but I wondered what she really looked like if you could scrub away the paint. The face a person wears in public is rarely the same when they’re alone.

I wanted to ask Edwin why he never remarried, but never did.

There was a shadow in his eyes whenever we spoke. He was not done mourning. That terrifies me. Edwin was there and gone in a span of three days, his room thoroughly disinfected with professional bleach and air freshener, all remnants of him gone within seventy-two hours.

He used to walk around with a rolled-up copy of Field and Stream in his back pocket. The few conversations we had were about guns: gauges, velocities, what the best shotgun was to get the job done. He preferred a Weatherby, while I always liked a Henry double-barrel. Talking about guns always put the soldier back in our eyes. 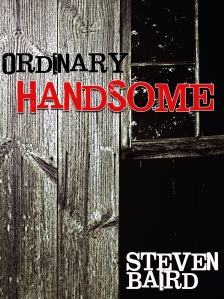