Listen, please listen. You cannot hear my voice; I have none beyond the squelch and repetition that serve as memory. But think back: remember my eyes, my irregular climates, oh, how daring, and oh, how timid, so full of fear and fuck-it, by the drink and the contradictions. You will hear my voice if you listen, if you disregard the inconsequential noise that chokes your ears. If you truly knew, you would tell apart my voice by my pulse points and the wash of gray light upon my lips.

Listen, please listen, and I will be all that you hear.

The apartment, esthetically cold, calibrated for sparse, was assembled with stainless silver appliances and Pier One bar stools. There was a single Zulily mug on the industrial bronze cocktail table, lipstick smudged, overturned. A red silk sheet, torn and tangled with stockings and garters, lay between the kitchen and foyer, and a trail of blood smeared the linoleum.

Her alibi was solid.

I dreamed she was Cytherea, with liquid propitious eyes,
But she stared at me too deeply, and  I saw myself despised.
She spoke well of her fierce lovers, all strong men of harsh repute,
And those who pledged a longing for her heart of bitterroot.

They cawed like brooding ravens, they craved her fragrant heat,
I knelt before her, unadorned, the shame of my conceit.
Denied of all her ardor, my faith was thus revoked,
I pleaded for compassion, and wept when I awoke.

The sign said, Abandon all yer hope, and the shack behind it said the same thing. The place was a simple timber frame with a dirt-packed floor and a plank porch. It was shaggy but sturdy, and looked abandoned, like a place of refuge rather than a home.

He heard piano music spill out the doorway,

Twas early day as poets say, just when the sun was rising,

but the tempo was wrong. It was rushed, more barrelhouse than sober, and Ethan could not recall hearing it played that way. It sounded almost salacious.

A sailor too in jerkin blue this strange appearance viewing

First damned his eyes in great surprise, then said “Some mischief’s brewing.”

After a hard night tracking for meat, he was still dithery about approaching. He could smell something cooking on the woodstove, though there was no wood smoke, and he couldn’t distinguish the scent. There was an undersmell of biscuits and coffee, and his belly grumbled. Whoever was inside could turn him away, or they could invite him in. There was no harm in asking.

The cannons roar from shore to shore, the small arms make a rattle

There was something wrong with the music. It was off-key and funereal. He heard the player’s enthusiasm but none of the joy. He heard a baby’s growl, and the scrape of fork-on-plate, and then a meaty burp. Growl?

Ethan knew only a few of the war songs, but his ear was unpracticed and thought this might be some local variation. There was meanness, a hauntedness, that was frightening. He walked towards the shack, and his legs felt unnaturally propelled. He intended to move on, but….

The wind shifted behind him, and it shimmered the pines. He thought he heard the crunching sound of boots on dry leaves.

He could not stop his own boots from moving forward.

Since war began I’m sure no man ere saw so strange a battle.*

*Lyrics from The Battle of the Kegs

Listen, back when you were a drinking man: You heard the cicadas churn their wind-up poetry, elegies from craunching throats. The parking lot was a checkerboard of F-150’s and Wranglers, intersected by broken yellow lines, and the overhead lights shredded their windshields. There was a cornfield beyond the blacktop, and it sighed like corduroy, and it had a womanly fragrance. The wind, a tattooed thug, pulled you to the fence line and forced you stare at the mathematical spaces between you and everything else.

You warbled and fidgeted, and sprayed an arch of piss along the posts. You cried for the dark to swallow you; instead, the Neil Diamond karaoke grew louder. Holly Holy became your prayer, and then vanished. Then, Don’t go breaking my…, but it was too late. A fumble of pocket keys, and then no, you would walk. To rest in the corn, into her trembling, caramel arms. The cicadas would tell you what you needed to know. 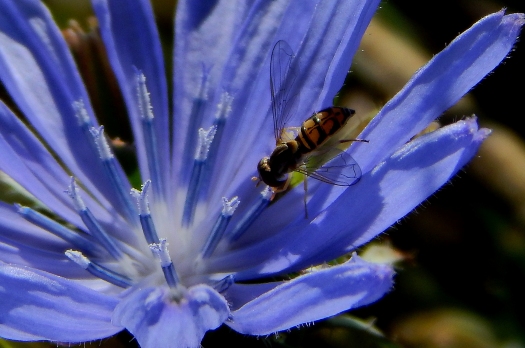 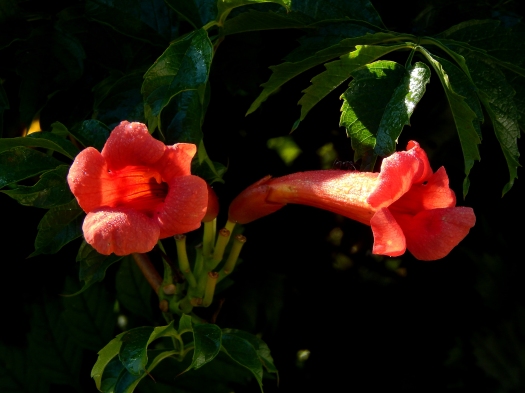